BioInsights - Recent advances in the purification of recombinant adeno-associated virus 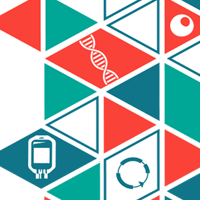 Recent advances in the purification of recombinant adeno-associated virus 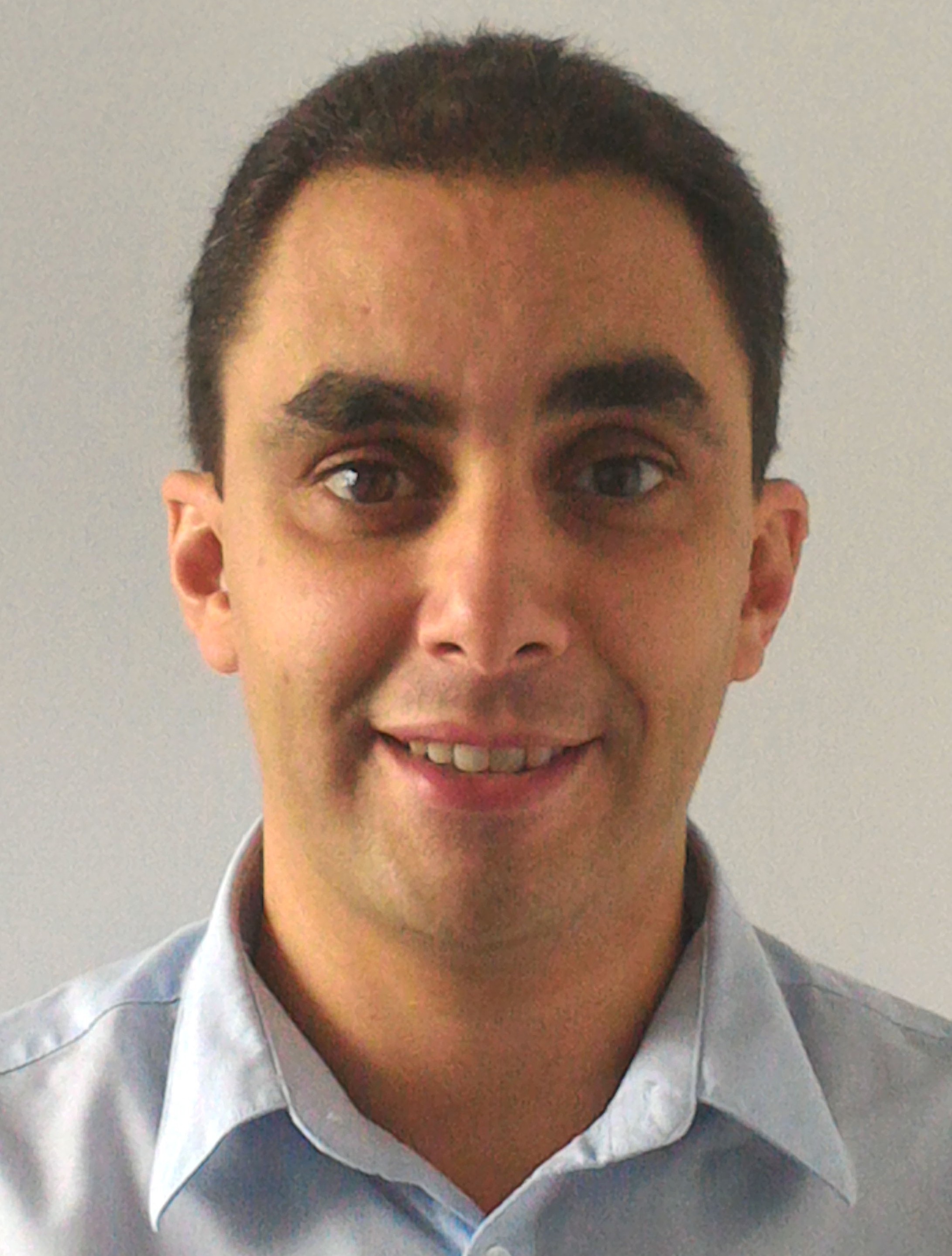 Recombinant adeno-associated viruses (rAAV) serve as powerful tools in research to establish and/or validate gene transfer protocols and as gene therapy vectors in pre-clinical developments and clinical trials. Its recent application in the context of the CRISPR-Cas9 genome editing strategies could predict a short-term therapeutic revolution. These remarkable achievements are the result of many biotechnological innovations that process rAAV vectors and produce large quantities of high-quality vector stocks. This editorial highlights the recent advances in the purification of rAAV vectors and discuss the prospects to open this gene therapy approach to future innovative and promising clinical trials.

Recombinant adeno-associated viruses (rAAV) derive from natural virus species belonging to the Parvoviridae family. These non-enveloped viruses, of 25–30 nanometers in diameter, contain a 4.5–4.8-kb single-stranded DNA genome packaged into icosahedral shaped protein capsid. Their great ability to infect humans asymptomatically, their incapacity to replicate without helper viruses and the availability of many serotypes – offering specific tissue tropisms – make them attractive and powerful tools for gene transfer strategies. For these different advantages, rAAV are largely used in research to establish and/or validate gene transfer protocols, particularly in in vivo approaches.They are also used in pre-clinical developments and clinical trials as gene therapy vectors, since the first marketing approval using rAAV was delivered by the European Union in October 2012 for the treatment of familial lipoprotein lipase deficiency [1,2]. After a dry period in the late 1990s and early 2000s, the spectacular advances of gene therapy processes and strategies have renewed hope for the treatment of pathologies as diverse as cancer, genetic, neurodegenerative or even infectious diseases. Moreover, the recent use of rAAV in the context of the CRISPR-Cas9 genome editing strategies could predict a short-term therapeutic revolution. These remarkable achievements are primarily the fruit of many biotechnological innovations described in these last few years to (i) produce large quantities of vectors and (ii) generate high-quality stocks.

Different upstream processes have been developed to produce rAAV at different scales. Tri-transfection remains the most popular method for research laboratories. This transient approach uses transfection of the adherent human embryonic kidney 293 (HEK293) cell line with three different plasmids: one harboring the transgene of interest; one coding for replication and capsid viral proteins; and the last one supplying the genome replication helping functions [3-5]. However, the cell adhesion characteristic of HEK293 cells limits the scaling up and the resulting productions cannot meet the requirements for whole human body treatments or for manufacturing productions. To circumvent this limitation, other methods have been developed using producer cells that can grow in suspension, which are more convenient for bioreactor processing. Among them, the baculovirus expression vector system, originally used to produce a large amount of human recombinant proteins, was derived for the production of rAAV [6]. Briefly, infectious recombinant baculoviruses, harboring all the genetic elements necessary to produce rAAV, are used to infect insect cells growing in suspension, leading to higher rAAV yields. This alternative method has been successfully implemented for manufacturing productions in the aforementioned first marketing rAAV product [2], and should be promoted for future gene therapy trials. Nevertheless, the development of new production systems invites researchers and engineers to adapt their method of purification to be in strict accordance with the Good Manufacturing Practices (GMP) guidelines.

Downstream processes present a large panel of purification methods and these depend on which upstream process is used. Residual protein contaminants in the final rAAV product constitute one of the most important quality criteria and have to be dispensed in a highly pure way in order to avoid adverse reactions. This point is particularly true for upstream processes using media supplemented with animal sera, such as the widely used fetal bovine serum. Significant concentrations of serum proteins in the crude suspension make their total elimination very difficult and contribute to increased viscosity, a physical parameter that is particularly troublesome for an efficient purification process. In this context, the baculovirus/insect cell system has the significant advantage of being used without animal serum supplementation. However, the serum-free insect cell culture medium remains much more expensive than its serum-dependent counterpart.

Besides these first considerations, downstream processes are generally divided into several steps. Firstly, the clarification step includes cell lysis followed by the elimination of large debris and macromolecular complexes from the initial crude suspension. Physical methods such as microfluidizers or heat-shock treatments can be used to promote the cell lysis. In our hands, chemical treatment using a mild detergent is inexpensive and highly efficient, not only for adherent human producer cells but also for insect cells cultured in suspension [7]. Addition of nucleases (DNase and RNase) in the crude lysate is a prerequisite in order to disturb the macromolecular complexes generally formed by association of nucleic acids and proteins. Depending on the level of production, the crude lysate can either be clarified by simple centrifugation (4000xg) or passed through pre-filter cartridge. In both cases, the supernatant is finally processed through a 0.22-µm pore diameter sterilizing filter. The clarification step has to be performed as quickly as possible in order to avoid rAAV deterioration by proteases released into the supernatant by lysed cells. Nevertheless, this latter point can be circumvented by the use of anti-protease cocktails delivered in the crude suspension before cell lysis.

Secondly, in the case of large productions, concentration of the previous filtrate is a necessity to gain significant time during the purification step. A commonly used efficient concentration method is tangential flow filtration (TFF), which is also compatible for manufacturing processes. As described in our last study, tangential ultrafiltration hollow fibers or cassettes exhibit a wide range of products differentiated by their molecular weight cut-off, the nature of the membranes and the filter surfaces [8]. Moreover, the availability of automated TFF systems, able to control both the transmembrane pressure as well as the levels of concentration factors, provide an ergonomic and secure environment for the manipulator, and facilitate the speed of the process even more. A 20–80x concentration factor can easily be achieved using these systems, rendering the next steps more operational. In this context, a rigorous optimization of the previous clarification step is important to diminish the viscosity inevitably generated by the concentration effect.

Lastly, the purification step remains the central point of the downstream process. To be compatible with industrial scales, the purification methods have to treat large volumes of production with high efficiency and velocity. An effective process implies the elimination of most protein and nucleic contaminants and a clear separation of genome-containing particles (called ‘full particles’) from genome-free particles (called ‘empty particles’). Despite an interesting current controversy about the role of empty particles in final rAAV products [9], it is generally accepted that they represent a contaminant, diluting the functional vector fraction and accentuating the immune response against the vectors [10]. Thus, to meet all the above quality requirements, chromatographic approaches are mostly considered to be the best technological methods for manufacturing applications. Ion exchange or affinity-based chromatography are generally used as starting methods for the purification of rAAV vectors [11-14]. The latter can be followed by a polishing step such as exclusion chromatography (gel filtration), which is the most convenient technique. The use of purification and polishing chromatographic systems provide high-quality vectors. Nevertheless, based on particle charges and capsid structure, respectively, are relatively serotype dependent, meaning that a major technological development must be done for each rAAV serotype. Moreover, the costs of specific resins used to pack columns are quite expensive and could be detrimental during the launch of a clinical project. In addition, it is currently very difficult to separate the full and empty particles using these approaches.

To circumvent the qualitative and financial constraints mentioned earlier, we have recently presented an alternative purification approach based on the physical properties of the viral particles [8]. We performed a process based on the density and sedimentation rate of rAAV vectors. Density gradients coupled with the ultracentrifugation system have demonstrated their effectiveness to provide, from research scale productions, highly purified rAAV and to advantageously separate the full and empty particles [15,16]. Nevertheless, these processes are generally considered too difficult or even impossible to implement in the handling of large-scale productions. The relatively low volume of supernatant that can be treated by a single run of ultracentrifuge explains the reluctance of users to choose this technology when processing large volumes. As previously mentioned, equipment designed to highly concentrate large volumes of biological solutions are now available, making it possible to consider ultracentrifugation as a feasible method for the final purification step at manufacturing scales. In our hands, this approach, mediated through an optimized isopycnic gradient construction, has been successfully implemented to purify rAAV from several liters issued from baculovirus/insect cell vector productions [8]. Our approach, based on discontinuous iodixanol gradient rather than the conventional cesium chloride-based gradients, reduces the entire downstream process to 1 working day. Compared to chromatographic approaches, the purification of rAAV based on ultracentrifugation of density gradients solves the full-to-empty particle separation problematic and the difficulty related to the serotype specificity. Of note, with this alternative method, a subsequent polishing step using exclusion chromatography can be used to provide batches of highly purified vectors. Otherwise, the downstream process is generally diafiltration and reformulation of particles in buffer solutions, which are chosen according to the route of administration or the targeted tissue. For the diafiltration step, TFF, dialysis membranes or centrifugal ultrafiltration devices are generally used before a final sterilizing filtration and aliquoting.

In summary, a wide range of approaches are available today to process rAAV vectors and to obtain high titers and high-quality batches. Reducing time and cost are also important criteria in the context of process manufacturing. All these characteristics are advantageous for institutions practicing research and development that are interested in advancing their therapeutic projects from the laboratory to the clinic. The new developments in the rAAV downstream process show the great capacity of these vectors to easily accommodate to a wide panel of methods able to further ameliorate their safety, functionality, scalability and open the gene therapy approach to future innovative and promising clinical trials.

The author has no relevant financial involvement with an organization or entity with a financial interest in or financial conflict with the subject matter or materials discussed in the manuscript. This includes employment, consultancies, honoraria, stock options or ownership, expert testimony, grants or patents received or pending, or royalties. No writing assistance was utilized in the production of this manuscript.

This work is licensed under a Creative Commons Attribution- NonCommercial – NoDerivatives 4.0 International License.